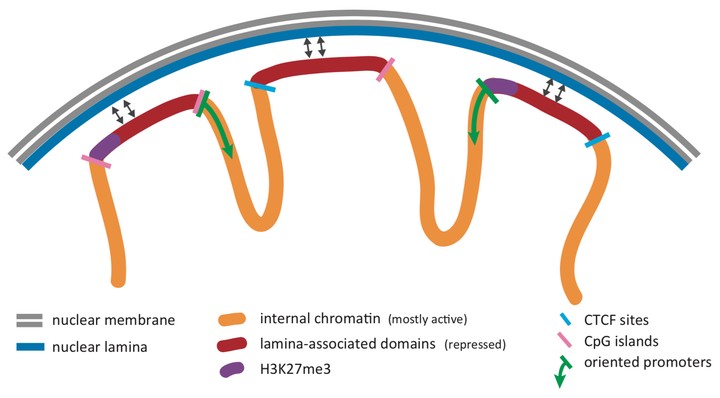 By studying which regions of the human genome come into contact with the nuclear periphery, we demonstrated that the genome is divided into large, discrete domains. These domains are units of chromosome organisation within the nucleus, and we named them Lamina Associated Domains (LADs).
Guelen et al., Nature (2008)

Despite these dynamics, we find that the majority of lamina-genome interactions are constitutive across cell types. Moreover, the genome-wide patterning of constitutive LADs is highly conserved between human and mouse, and can be largely predicted based on DNA sequence content only. This suggests that LADs collectively encode a basic `backbone’ structure for organizing chromosomes.
Meuleman, Peric-Hupkes et al., Genome Res. (2013)

Work with Daan Peric-Hupkes, Bas van Steensel, and others. 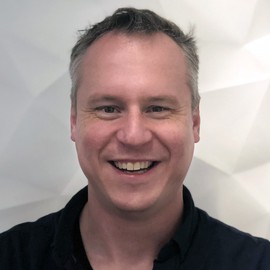